‘The governor’s disregard for those suffering is heartless and heartbreaking’

“The governor has repeatedly asserted she is making her decisions based on science, but she has failed to back up her claims — and the data does not indicate that restaurants are prominent sources of virus spread,” said Lauwers, R-Brockway Township. “Her callous assertions ring hollow, especially in the ears of the millions of job providers and workers who are suffering because of her inept policies.”

Lauwers held a press conference at the restaurant Little Camille’s By The Bay in New Baltimore. He was joined by the restaurant’s owner, Mark Miller, who shared the account of how the governor’s shutdowns have nearly destroyed his business and overwhelmed his employees.

“When the virus hit, my wife and I buckled down, helped our employees, did major cost cutting and secured cash reserves to ride out the storm,” Miller said. “But then came the second round of shutdowns. We were put in a three-week pause that has turned into three months — with no extra benefits for our staff or us.

“I cannot tell you the pain, anger and depression that we and our employees have been put through. There has been a lack of communication from the governor, a lack of leadership, and a lack of honesty. We are watching friends’ businesses be destroyed as we hang on to ours.

“With every state open but ours and two others, I ask myself, ‘Why? Why would someone destroy so many businesses when there are restaurants, hotels and others open and running safe businesses all over this country?’”

Lauwers noted that the three key metrics the state is using to guide COVID-19 reopening decisions have improved since the epidemic order issued in November: As of Jan. 16, the number of confirmed daily COVID-19 cases per million has been cut by 92%, the daily positive test percentage is down by more than 57%, and hospitalizations have dropped by 42%.

The shutdown of indoor dining was set to expire on Jan. 16, but on Jan. 13, the governor and the Department of Health and Human Services (DHHS) announced they are extending the state’s ban on in-person dining at restaurants through Feb. 1.

“In December, I called on the governor or DHHS Director Robert Gordon to provide Michiganders with objective standards and/or COVID-19 case rates for restaurant owners to be able to take action and make plans in order to reopen,” Lauwers said. “They completely ignored this simple request.

“The governor’s disregard for those suffering, such as the Millers and their employees, is heartless and heartbreaking. I hope somehow the governor would realize her mistake, reverse course, and open restaurants today.” 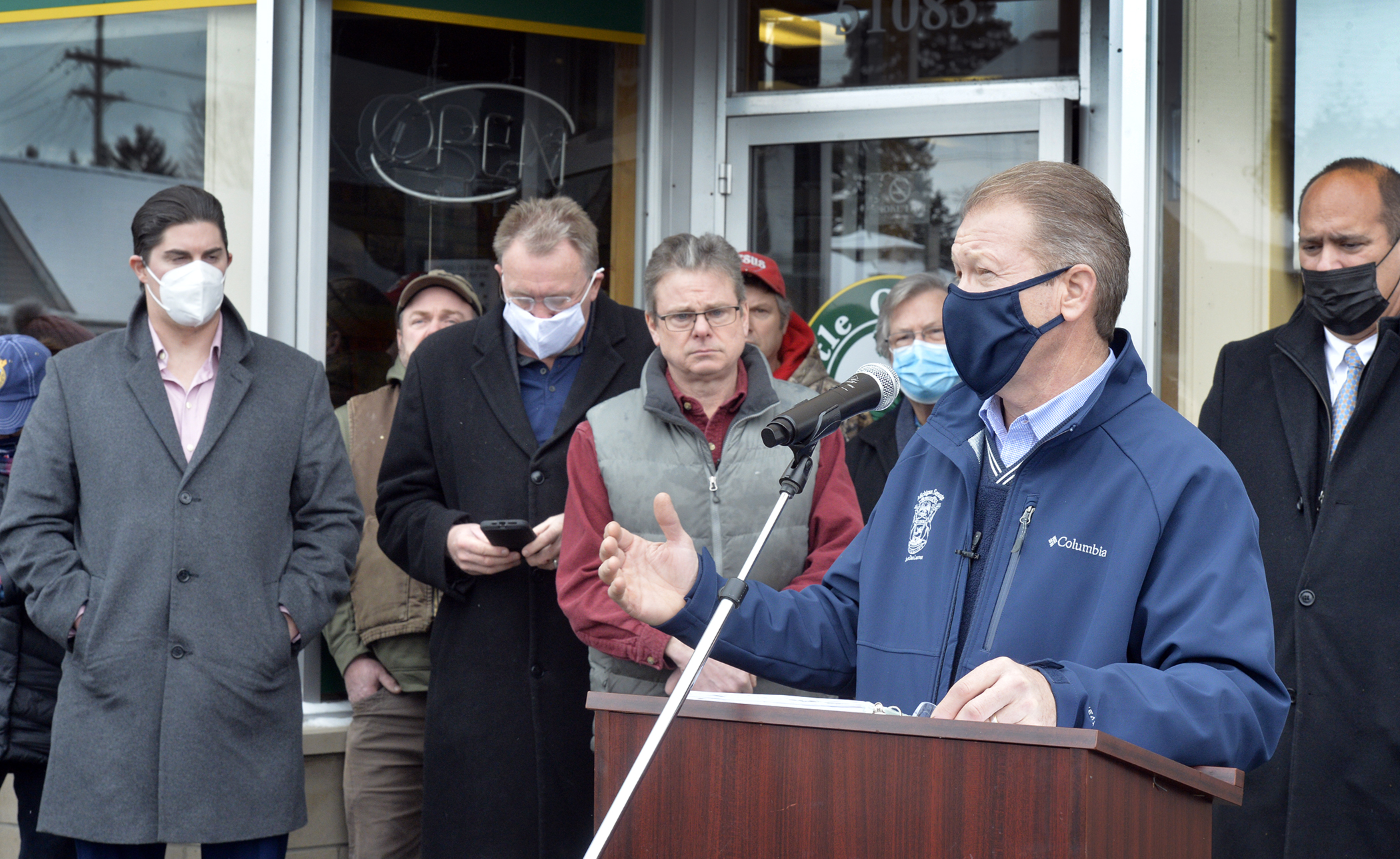 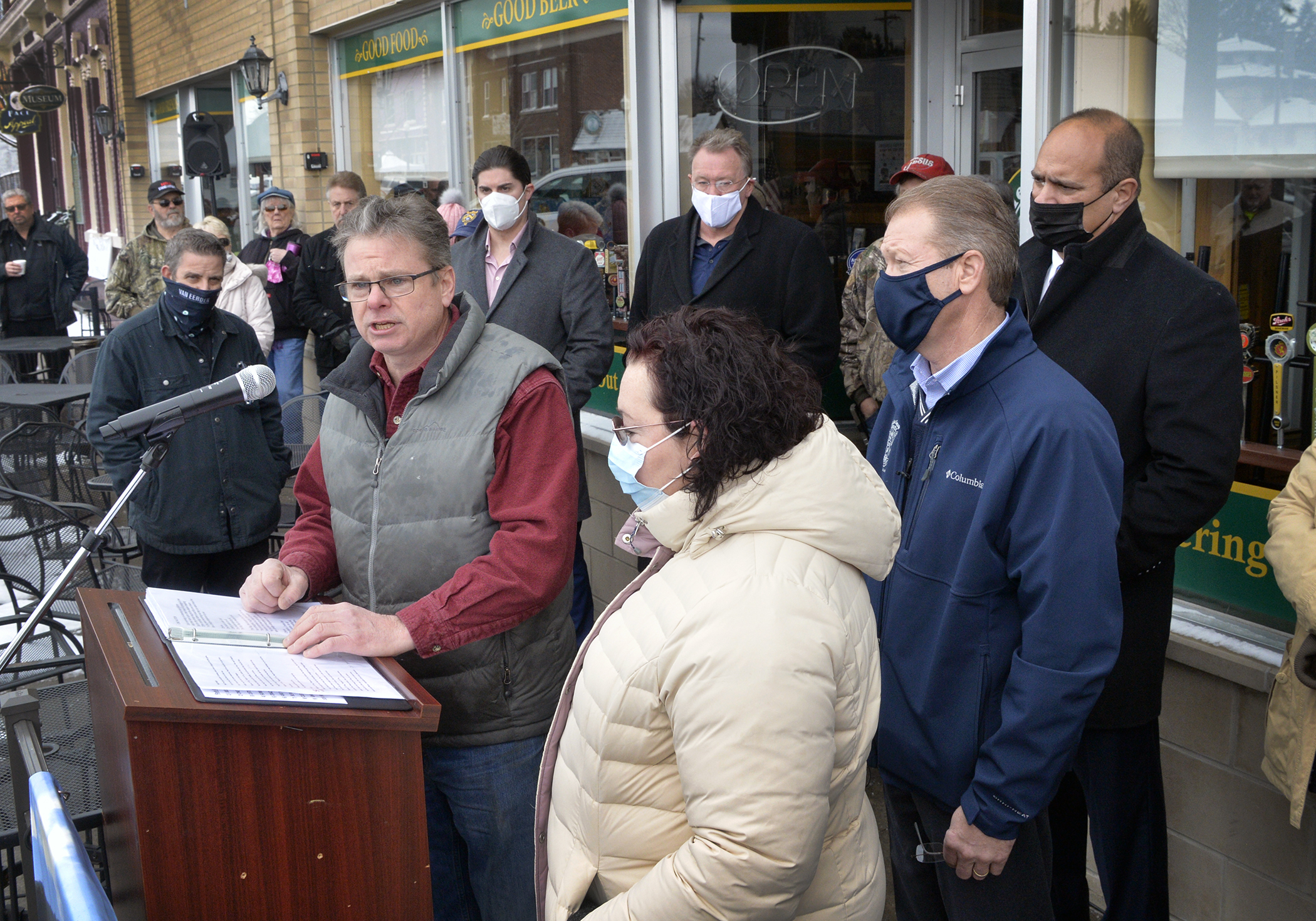 Note: Print-quality versions of these photos are available by selecting Photos under the In the News tab, above. Video will be available here.

Lauwers comments on State of the State address